Driving through Matagorda today, it is clear that agriculture has necessarily always been a major source of livelihood. Although cattle ranching has increased in popularity in recent times, eclipsing some of the original crops favored by Austin’s men, there is still ample evidence of sorghum and rice production in the area. The fertility of the soil has provided for the local citizens for nearly 200 years, despite climate challenges, weather worries, and myriad social changes that fundamentally threaten to destabilize life in Matagorda. Time and time again, like after the end of the Civil War, residents, both black and white, have adapted to the new order while relying on the deep agricultural heritage of the area.

Although the Karankawa people once inhabited the area, by 1824 more than 50 of Stephen F. Austin’s Old Three Hundred had received land grants to populate Matagorda County. The majority of such permissions were for lands along Caney Creek. Thus began the quest to establish agricultural ties to the fertile lands, and hence the rise of slavery in Matagorda. Those who settled the area in the 1820s were mostly farmers and “stockraisers,” although few intended to do the laborious work of profiting off the land alone. Indeed, from its founding until the Civil War, Matagorda was built almost exclusively on the labor of enslaved individuals. 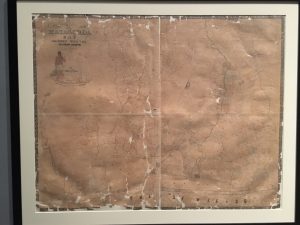 When Robert William of Austin’s Old Three Hundred received his land grant to League No. 105 on Caney Creek in December 1823, he owned more than ten enslaved people. He was not alone. Roughly one-third of agricultural families who arrived in the area in the 1820s through the next two decades owned enslaved laborers. Not surprisingly, the appeal of economic success, especially in light of soil depletion in other parts of the South, caused the population of both whites and blacks to swell in Southeast Texas.

On the eve of the Civil War more than 150,000 enslaved individuals lived in Texas, the majority of whom labored on the nutrient-rich lands in Matagorda and surrounding counties, spread along plantations with relatively easy access to the ample waterways coursing through the area. Although the state remained unscathed from physical damage during the war, Matagorda County’s economy suffered for the next few decades. The interconnectedness of Matagorda’s economic vitality with that of the rest of the American South, and by extension, the American North, Europe, the Caribbean, and even Latin America became increasingly obvious in the aftermath of the war. 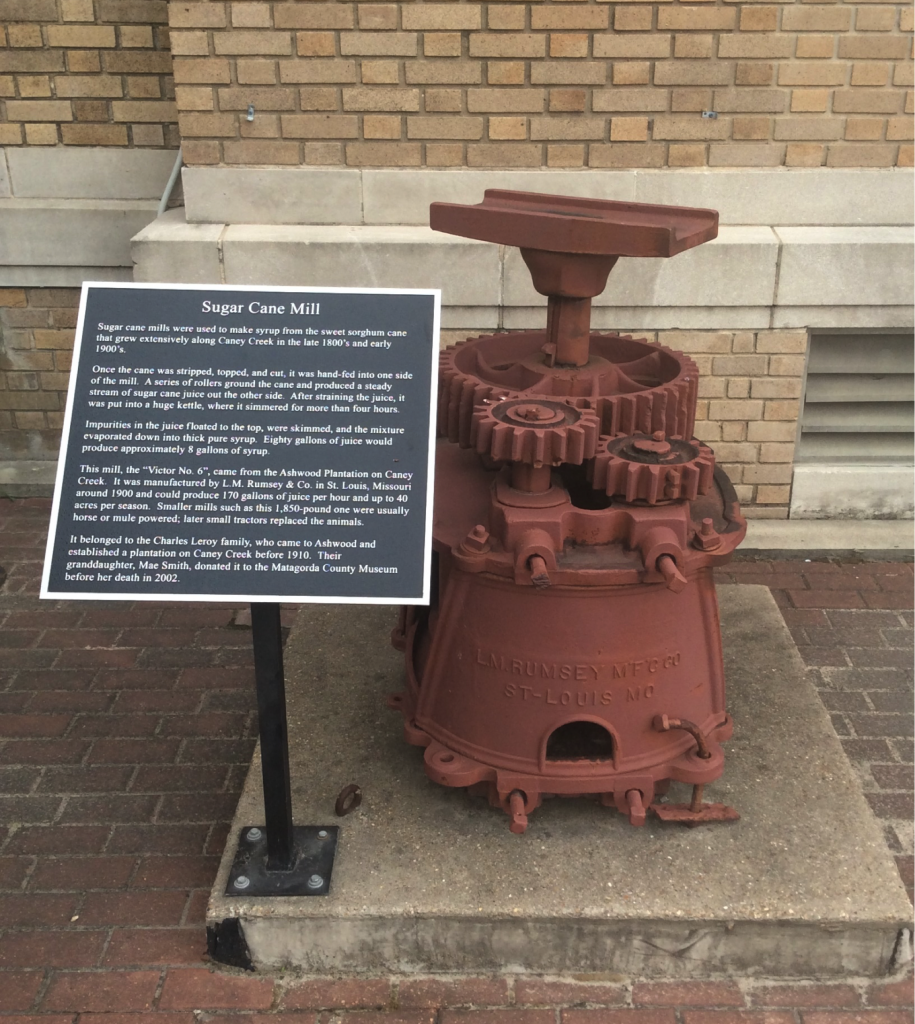 Sugar cane mill outside of the Matagorda County Museum. Although the plaque explains the process of refining sugar from sorghum and cane plants in the late nineteenth and early twentieth centuries, it is possible to imagine earlier iterations of similar equipment used during slavery. Harvesting and processing sugar cane was an immensely laborious and arduous task before mechanization, yet the Hawkinsville estate, among many others, highlights how essential sugar production was to southeast Texas during this time. Photo taken in May 2016.

The fertile lands in and around Matagorda County made agriculture the region’s major commercial activity throughout most of the nineteenth century. Sugar and cotton were two of the most widely cultivated crops, grown on plantations that relied heavily if not exclusively upon enslaved labor. The well-known James Boyd Hawkins plantation and sugar mill, for example, emphasize the centrality of sugar to this region of Texas. After migrating to Texas from North Carolina by way of Mississippi in 1845, Hawkins purchased 2,400 acres of prime Matagorda real estate. With his younger brother, John D. Hawkins, the men ran a massive operation. While Hawkinsville itself became a domestic trader and producer of sugar cane before the Civil War due entirely to an ever-expanding enslaved labor force, after the war the Hawkins brothers continued to profit by employing convict laborers.

Knowing the expansiveness of Hawkinsville, one can’t help but speculate about some of the enslaved individuals listed in an 1852 document. Osborn, age 30 and valued at $1,000 for his brick masonry skills, stands in stark contrast to Solomon, just three years older, who likely represented a financial loss of his $700 value after drowning that year. Was Solomon’s death a work-related accident? A deliberate reclamation of his life? Something more sinister? Although we don’t have answers to these questions, the brutality of sugar cane production combined with the sheer size of Hawkins’s operation permits us to think through the daily experience enslaved individuals in the area might have endured. How did Jim Cracklin and Lizz, two 50-year-old enslaved people hired out by Mrs. S. M. Alston to Hawkins’s brother, understand their personhood, labeled by others as, respectively, “not much value” and “no value”? Did they relate to the eight others also hired out by Mrs. Alston? How did their age, considered elderly by standards of the day, inform the way they were treated on the plantation?

Because of the unique proximity of Matagorda to the Gulf of Mexico, other industries besides sugar and cotton sprung up in the area. For example, during the Civil War, Cedar Lake Salt Works was an essential institution supplying salt to the Confederate Army and local civilians. Yet when the complex was raided in November 1862, production equipment, literal buildings, and tons of salt could not escape destruction.

Connecting all of the industries, agriculture, people, and even ideas in the local area were the numerous waterways bisecting the county. “The Caney Run” was a major mail and trading route as Matagorda developed, following the curves of the creek and allowing the local community to stay in constant economic, political, and social contact with other ports. 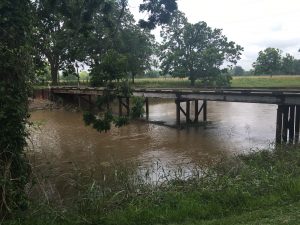 View from Mt. Pilgrim Missionary Baptist Church looking downstream at Caney Creek. According to Clifford Rugeley, baptisms in the creek continue into the present. Heavy rains in the previous days had not only elevated the creek’s volume, but had also turned the water murky brown. Photo taken in May 2016.

Matagorda’s attractiveness to settlers throughout the early nineteenth century was due in large part to the region’s fertile lands. The waterways that crossed through the county served to not only irrigate the soil but to also transport harvested crops to other cities across the South. Most notably, Caney Creek, also known as “Cane Brake Creek” or “Old Caney,” marked the livelihood of many who lived in the region. Within this context Caney Creek baptisms were a staple of said livelihood for both enslaved laborers and their enslavers. Many of the churches that developed alongside the waterway relied on the symbolic meanings of water to the Christian faith to sustain and nourish their parishioners’ religiosity.